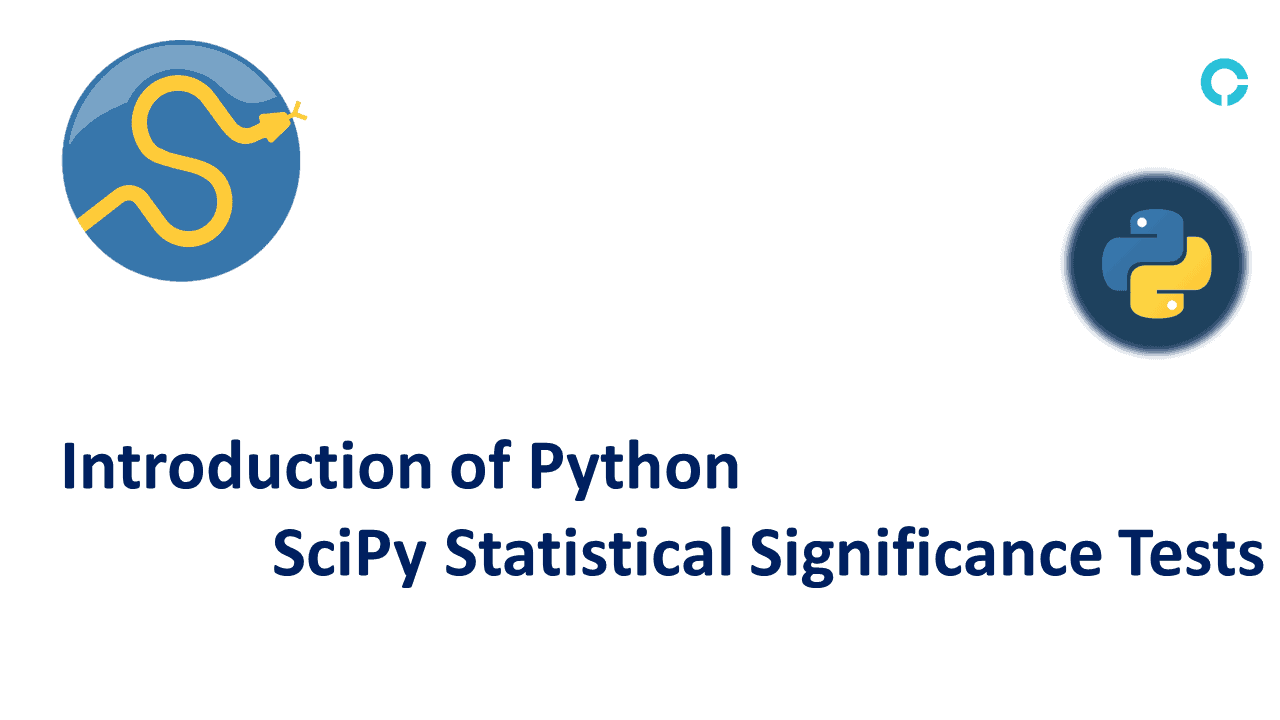 In This Article, You Will Learn About Python SciPy Statistical Significance Tests.

In Statistics, Statistical Significance means that it gives the result of something with reason. It cannot have produced a result without reason or accidentally.

In other words, it observed a relationship in data occurred while producing a result in interest of some fact rather than by chance or randomly.

Let’s get started with some techniques that will have importance while performing Statistical Significance Tests.

A Hypothesis test in Statistics, is a process of observing data on the basis of some collected data.

Null Hypothesis in Statistics is a process of having no relationship between two variables or set of data and that controlling one variable does not affect the other.

Example: A phone’s battery is put toward the side of sunlight.

Example: A boy is studying with light in the day on the roof.

Alternative Hypothesis in Statistics is a process of having a relationship between two variables or set of data and that controlling one variable affects the other.

In other words, it is the opposite of the Null Hypothesis.

Example: Planting water on the tree.

When hypothesis is testing for only one side of the value, it is called “one tailed test”.

Example: Value of variable x is either greater than k or less than k.

When hypothesis is testing for both sides of the value, it is called “two tailed test”.

Example: Value of variable x is equal to K and either greater than k or less than k. In this case, value will be checked for both sides.

Alpha value in Statistics is a Significance level. In other words, the Alpha value is a threshold value to check whether a test is statistically significant.

Example: How far your result is close to being rejected by the null hypothesis.

The Null hypothesis is a probability of knowing how close to the extreme the data is.

In other words, it is a probability of measuring detailed statistical data such as mean or standard deviation of assumed probability distribution will be greater than or equal to observed results.

The T-Test is used to determine if there is a significant difference between two variables’ data or set of data, which may be observed as the same in some criteria.

To know whether the value belongs to the same variable or not, use function ttest_ind().

Example: Find if the given values of variable value_1 and value_2 are from same distribution.

To return only the P-value, using property pvalue.

KS-Test is used to check whether if given values follow a set of distribution or not.

It can be used as a one tailed or two tailed test.

It is default two-tailed. Parameter alternative can be passed as a string with one of two-sided, less or greater.

Example: Find if the given value follows the normal distribution.

To see a summary of values in an array, use the function describe().

It returns the following data.

Example: Give statistical descriptions of the array’s values.

Normality tests are based upon skewness or kurtosis.

The normaltest() function returns p value for the null hypothesis.

“x comes from a normal distribution”.

It measures the symmetry in data.

It is 0 for normal distribution.

If data is left skewed, it means it is negative.

If data is right skewed, it means it is positive.

Kurtosis is a measurement of telling whether a data is heavy or lightly tailed to a normal distribution.

Example: Find skewness and kurtosis of values in an array.

Example: Find if the data comes from a normal distribution.