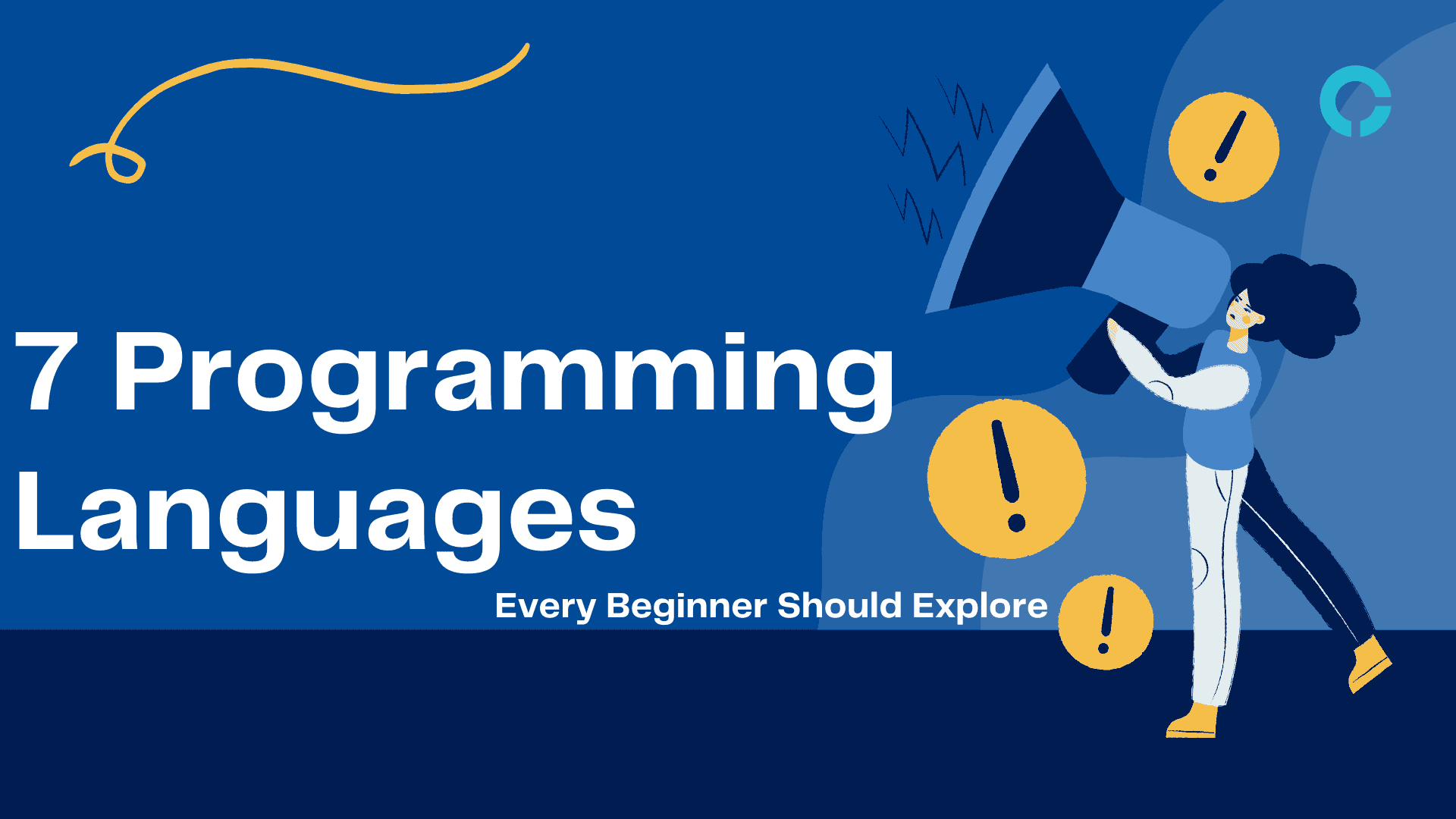 In This Article You Will Know About Seven Programming Languages beginner should start with.

Python is the easiest and most widely used option to start an e-learning career. Even though it is over 30-years-old, Python is still the number one sought-after language because it is incredibly user-friendly and easy to learn to write and read.

Python syntax concept is one of the most specific topics in Python that makes it easy to learn and implement on file. Python is readable in English and looks like reading an English book. A small application with a bit of bit time-consuming can be created easily through Python. However, big applications can also be made with additional levels of knowledge. Python is among the most comprehensive programming languages to master in January 2022.

Java is described as a programming language that outperforms most of its ratings worldwide. It is a fast-performing, object-oriented programming language extensively used by numerous renowned businesses. Infosys and Wipro are hiring Java developers for a variety of posts.

Java language is handy and can be used to create a desktop application, web application, and android application possible with Java. This all-leads Java towards being one of the most trending languages.

JavaScript (JS) is among the more well-known programming languages used for web development. It is a client-side and server-side technology, and it is used extensively to create interactive multimedia-enhanced websites.

JavaScript is widely famous as one of the most popular all-in-one programming languages that include the ability to type dynamically, using first-class features, and prototype-based orientation of objects. It allows you to alter HTML attributes, HTML content, HTML Styles, and also hiding and displaying HTML elements. Developers must be aware of this: ECMAScript is the officially recognized name for this language of coding.

C++ is a powerful and efficient language with a collection of enormous data types and operators that gives access to developers to perform all kinds of operations. It is a portable language means, flexible to work on with just a few lines of code changes well as it allows us to extend itself like it has a collection of its function that makes it easy to add our function to the C function library and makes the code simple to perform.

Go is an open-source language for programming created by Google to build simple, speedy, robust software. It has many beneficial features borrowed from other languages but also omits a lot of undesirable ones.

Golang is utilized in various fields to create robust software and the backends for mobile and web-based applications. At present, Golang even supports some essential web development. Although it’s not yet to replace JavaScript as the primary language used on the web, it’s rapidly becoming a language that will support the internet’s next stage.

Scala is an object-oriented language that combines functional programming, a high-level language that is extremely easy to master for developers. It can help avoid problems in complex applications, which help build an efficient, fast, and without error. Developers can access many libraries and ecosystems.

We have observed that those mentioned above are the most sought-after languages by both learners and developers. So, this growing usage percentage is likely to lead to a substantial increase in the usage of programming languages. This will encourage every learner to begin programming and establish a solid belief in every new pupil.

1 thought on “Seven Programming Languages Every Beginner Should Explore”