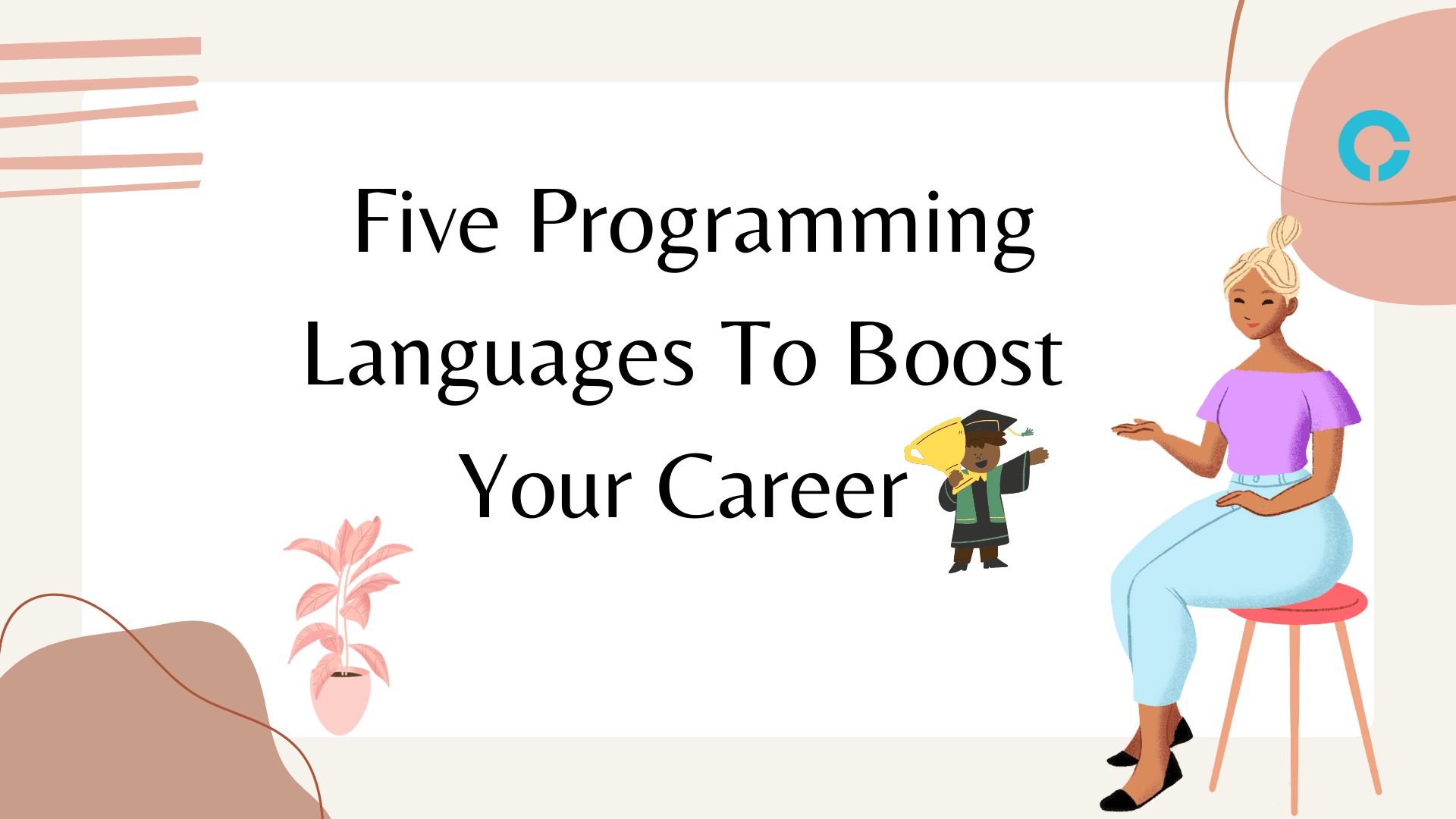 It isn’t easy to find and choose the most effective programming language to be proficient in as a programmer. Check out the most popular programs that you can master to stay at the highest level when the new year begins.

In This Article You Will Know About Five Programming Languages.

Tips to make code better – Before moving ahead, let’s know a bit about 10 Secret Tips To Learn Programming Languages.

Python is currently very well-liked by both developers and researchers. It is a tool that can be used to do almost everything. It is possible to use web-based development tools such as Django and Flask, and scientific tools such as Jupyter and Spyder are utilized for analysis and research. Selenium is a tool that can help those who are interested in automation. The flexibility of Python allows it to be utilized in a variety of scenarios. These are the most well-known Python products. Many Python users (second behind JavaScript’s) are the reason for numerous frameworks, programs, and even fully-fledged open-source programs.

At present, JavaScript is pretty much the standard for the industry. JavaScript has overgrown from its humble origins, initially a language for programming to be used with Netscape Navigator in 1994. Modern JavaScript wasn’t created until 2008 when Google made the engine V8 in Google Chrome. JavaScript is a language that Netscape developed as a rival to Java, is now a niche in the world of programming. Due to its popularity, JavaScript is often referred to as the “internet language.” It is employed to accomplish various tasks in development that include mobile application design, Web development and desktop application development.

When developing, JavaScript has various frameworks and libraries to pick from. Angular, Vue and React are for front-end development, and Node.js is a versatile backend language.

C++ is perhaps one of the most intriguing answers found in this article. Although C++ is the language, most people discover algorithms and data structures, but it’s not widely utilized in the real world. Bjarne Stroustrup came up with C++ in 1982 as an extension of C, the C programming language, and it gained an image throughout the years that followed.

C++ is used in many different applications, including analytics study and game development. For instance, the Unreal Engine, a popular game engine, uses C++ as the programming language to define all the functions that can be specified when creating the game. C++ is also frequently used in software development, and its place in the middle of methods-oriented and object-oriented techniques allows it to be flexible about the types of software it could create.

Based on the opinions of game creators, HTML is a popular technology used for creating cross-browser and cross-platform applications and games. It can also be utilized alongside JavaScript. HTML is a favorite choice for game designers because it is an easy-to-master programming language that doesn’t require an in-depth comprehension of the algorithms.

New languages are in the works, and new competitors are vying for JavaScript and Python. Golang was invented through Google (both companies bear “Go” in their names!) to help promote functional programming. It has rapidly gained popularity and immense popularity. Golang is used in various scenarios, including developing robust software and backends of mobile and online applications. As of now, Golang even allows for the creation of basic websites. Although it’s not capable of replacing JavaScript as the primary web programming language, it’s developing into a language that will allow for its next stage of development.

Golang is a lot more advanced in its learning curve than other languages listed on this list. Additionally, since Golang is an open-source language that frequently changes with every major update, staying up-to-date is essential.

We have talked about some of the top languages that are all highly sought-after; big companies are always searching for developers who have these skills. These languages are sure to enhance your career, should you choose to focus on them.