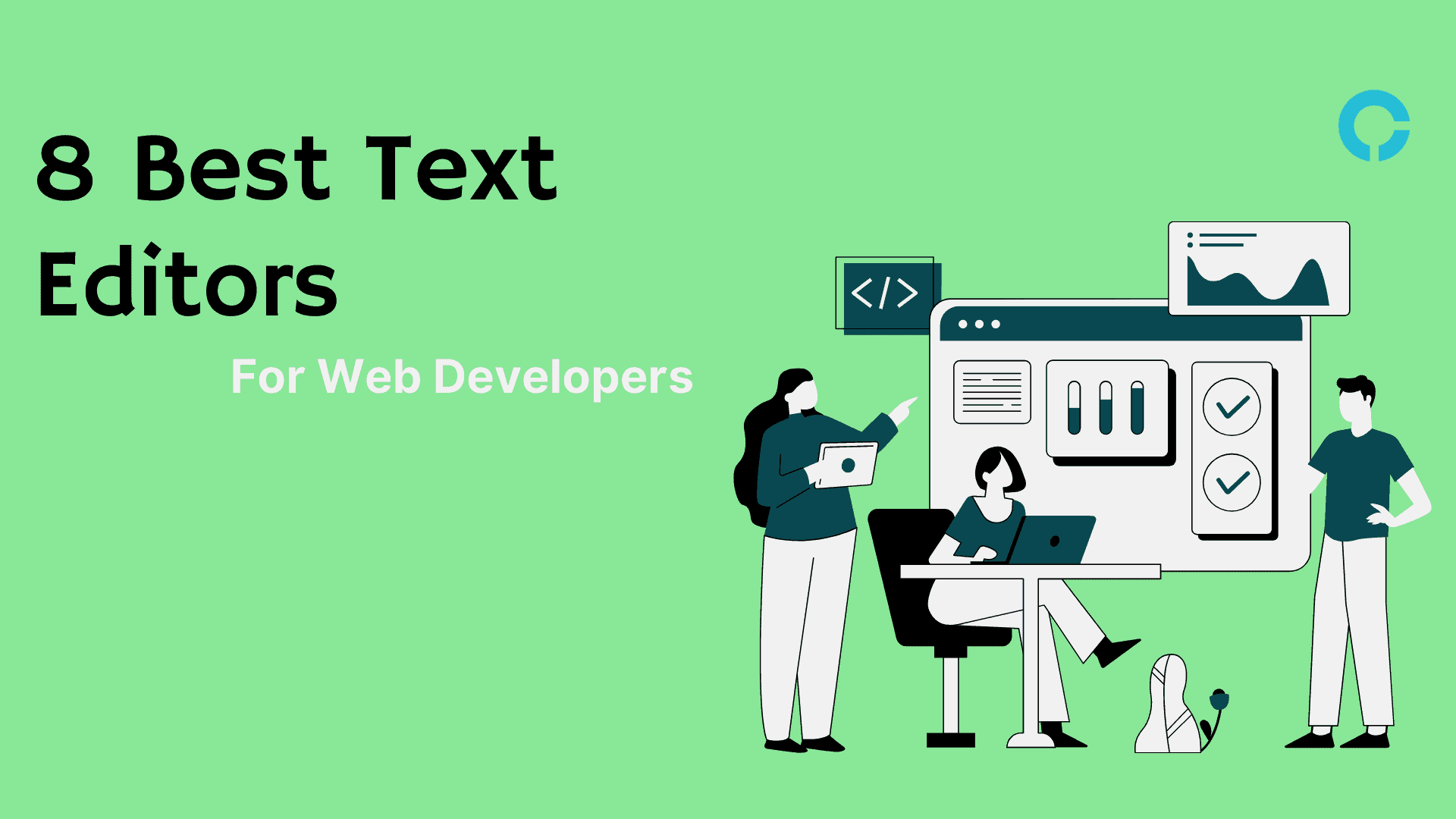 Are you a web developer looking to improve your productivity, efficiency, and performance?

Many options are available, so it can be challenging to decide which one.

In This Article, You Will Know the Top Editors for Web Development.

Before moving ahead, let’s know a bit about Six Best Python IDEs

Froala, the next-generation WYSIWYG HTML Editor, is easy to integrate for developers, and its clean design makes it feel great. It is a powerful JS text editor, which is simple to use by developers.

Froala offers 170+ Bootstrap-based design elements to help you create beautiful websites. It is free to use in both your web and mobile projects. The powerful API makes it easy to customize and interact with the text editor. The editor of Froala is available in all frameworks and supports backend technologies which make it even easier for developers.

Froala can be used in over 100 countries and multiple languages, including East and Asian languages. It features a modern design with retina-ready views, themes, intuitive interfaces, SVG icons, Opoups: custom toolbars, styles, Iframes, full-screen mode, and many other features. Froala’s editor can be used as a plugin-based, lightweight application, using HTML 5 standards.

Visual Studio Code, also called VS Code, is an open-source code editor developed by Microsoft. It’s an editor for Text cross-platform and compatible with any Linux, Windows, or Mac device.

The text editor is geared towards improving the performance of developers. Features such as auto-completion, system debugging, and auto-completion help improve the daily tasks of developers of the various code editors listed, this is the closest to an IDE. While it’s a great tool, it is slow to startup, which is the main disadvantage for this editor. But, when you use it, VS Code is quick and capable of handling many exciting tasks, like fast Git commits or opening and sorting several folders’ worth of data.

VS Code comes with a built-in terminal and Git support. This text editor is one of the most popular on the market, and you can customize it to suit your needs. VS Code extensions allow you to install many features and perform all an IDE’s work.

Brackets a modern, lightweight, open-source text editor. Brackets are a web design tool that allows you to create in your browser using focused visual tools and preprocessor support. It was designed for web designers and front-end developers.

One of the best things about the Bracket is its integrated live preview server. This launches a new Chrome Tab showing the current page, and it doesn’t require a manual refresh to change a file or type.

Another benefit is that JS Lint is activated by default in brackets. After saving and displaying the results in a panel beneath your main editor window, this will examine your Javascript code.

Atom is an open-source text editor and code editor that runs on Linux, Mac Os, and Microsoft Windows. Atom is compatible with Git Control, and the plugins are written in JavaScript.

One of the most impressive advantages of Atom is that it lets users share their project developments with other people. Utilizing Teletype to communicate with Atom (from sharing information to teaching) will allow developers to collaborate with the help of the other. One of the biggest challenges for developers is working together and working on similar concepts, and atom lets you collaborate straight within the text editor.

Sublime Text is a light application that makes it simpler for developers to develop their applications. However, despite being light, it’s a lot less bloated in the number of options it offers. It was built primarily using the Python API to aid a team of developers who work for hours of programming all day long.

It comes with various keyboard shortcuts, making it more flexible for developers to utilize multiple functions. It is cross-platform compatible and designed to ensure rapid speed and an easy-to-navigate interface.

Light Table is an open-source code editor that is free to download. It’s lightweight, the GUI layout is flawless, and it can be easily customized. You can use graphs, games, graphs, or any other information available in the Light Table by embedding them.

Notepad++ can be described as an open-source and light code editor. It’s a Notepad replacement that works with several languages. It is simple to use and requires only a tiny amount of power for the CPU. The tools provided are helpful for web designers as well as front-end developers.

Notepad++ provides the ability to highlight syntax, automatic completion line numbering, color coding editing of multiple documents, and zooming into and out. It’s available only for Windows.

NetBeans is among the most well-known efficient code editors used by web developers, and it offers a variety of distinct features that other editors do not provide. Like most Text editors, NetBeans has also been made an open-source and free application.

It’s an excellent software that can be used to create numerous desktop apps, mobile apps, and web-based applications. NetBeans can be used to develop applications using a variety of programming languages, such as PHP, C++, JavaScript, and many other languages.

The NetBeans Text Editor is accessible on Mac OS, Windows, and Linux. The NetBeans IDE also is a fantastic Angular JS tool and an excellent tool for working with Node.js.

I hope the following list of code editors will assist you with your development tasks. It all depends on the usage scenarios, so select the most suitable one for your needs. The text editors mentioned above offer a user-friendly experience and attempt to provide developers with the most enjoyable coding expertise.