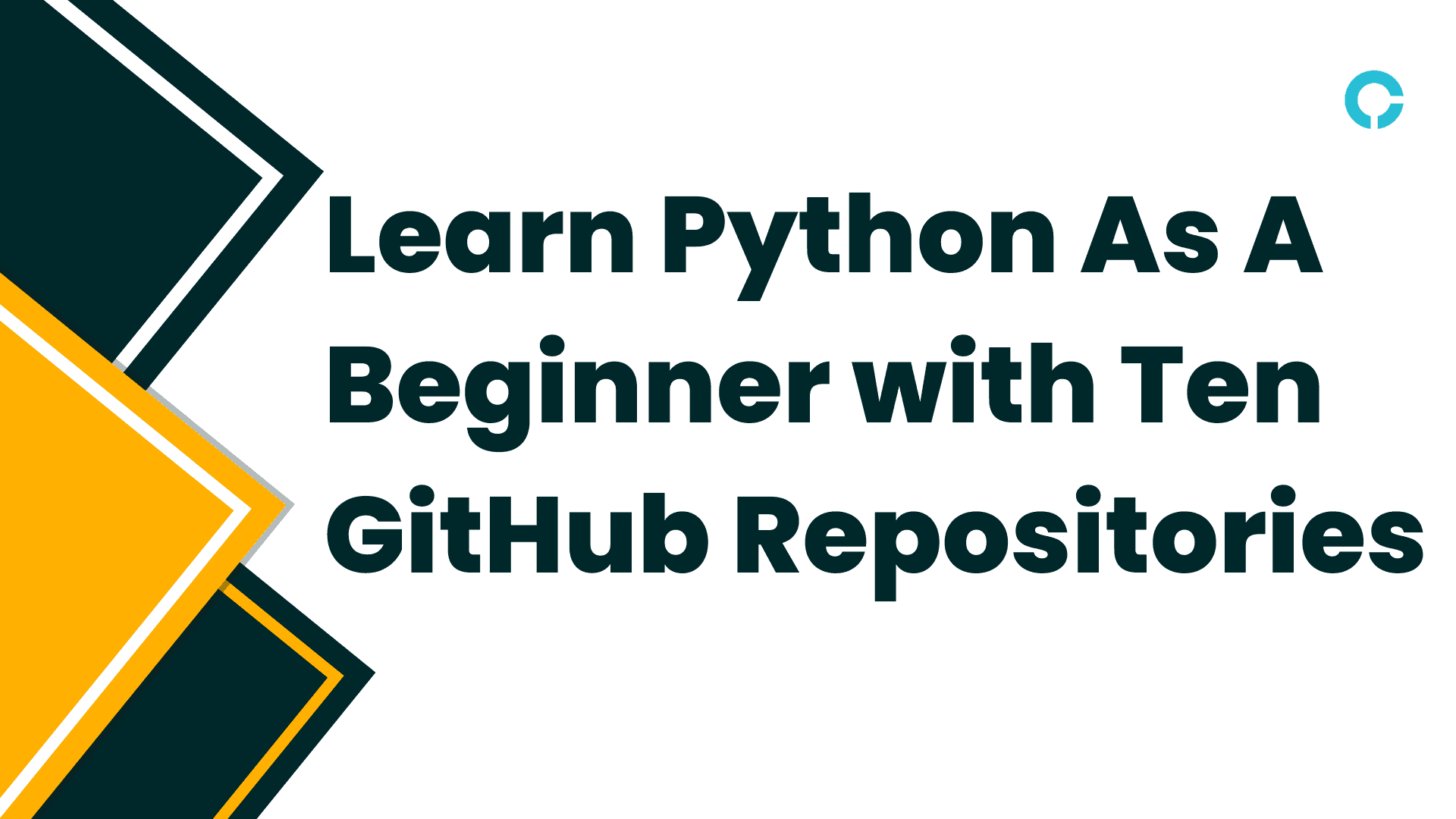 GitHub is a Git hosting and repository service. Git is a command-line tool; GitHub provides a Web-based visual interface. It also has access control and several collaboration tools. It’s a code-hosting platform that allows for version control and collaboration. It lets you and your colleagues collaborate on projects from anywhere. GitHub repository stores and tracks the history of any changes made to files within the Git project. Git uses a system of version control to keep track of every change made to the projects and then save these changes in the repository. The use of GitHub as a platform for submissions helps educators track student progress and participation that allow transparency of the activities of students.

In This Article You Will Know About Ten Important GitHub Repository Should Get Started While Learning Python As A Beginner.

Before moving ahead, let’s know a bit about Python IDEs And Code Editors.

The Algorithms repository on GitHub can help make your Python ability more advanced. The repository is a collection of algorithms and their applications for over 35 different categories of subjects in Python. The repository is not just for Python but also repositories similar to it concerning Java, C, C++, JavaScript, Ruby, and a handful of other programming languages.

This is an open-source software library widely accepted by Python developers. It comprises many math libraries utilized for ML and neural networks, and the GitHub repository provides a wide range of features that contain TensorFlow for ML using Python. And it is intended for advanced and intermediate programmers who are familiar with the fundamentals of Python with an understanding of ML.

It’s an all-in-one Github repository for Python enthusiasts that includes Python frameworks software, libraries, and other sources. This repository lists more than 90 categories of individual projects. It should be included in your top listing of Python resources for the vast array of valuable resources it has to offer.

Project-Based Learning is a viral platform for Python enthusiasts. This repo has tutorials for various programming languages, with a particular emphasis on being focused on projects. About 20 languages are included in this repo.

Similar to the program Learn-Python, which Jerry Pussinen developed. This GitHub repo is filled with the resources needed to learn and teach intermediate to beginner level Python 3. The repo contains tutorials for Python features that are not typically available in other programming languages.

It’s one of the most popular repositories you can find on Github to learn Python Language. The repo is, in essence, an instructional book that covers essential topics, in addition to more advanced subjects and an intense concentration on the practical aspects of Learning.

The Python Reference is a notebook collection rather than the traditional tutorial. It is designed to bring Python students up to speed on Python’s syntax within a brief time.

It contains an updated set of solutions to various algorithmic and coding issues that novice programmers encounter while learning data patterns and techniques.