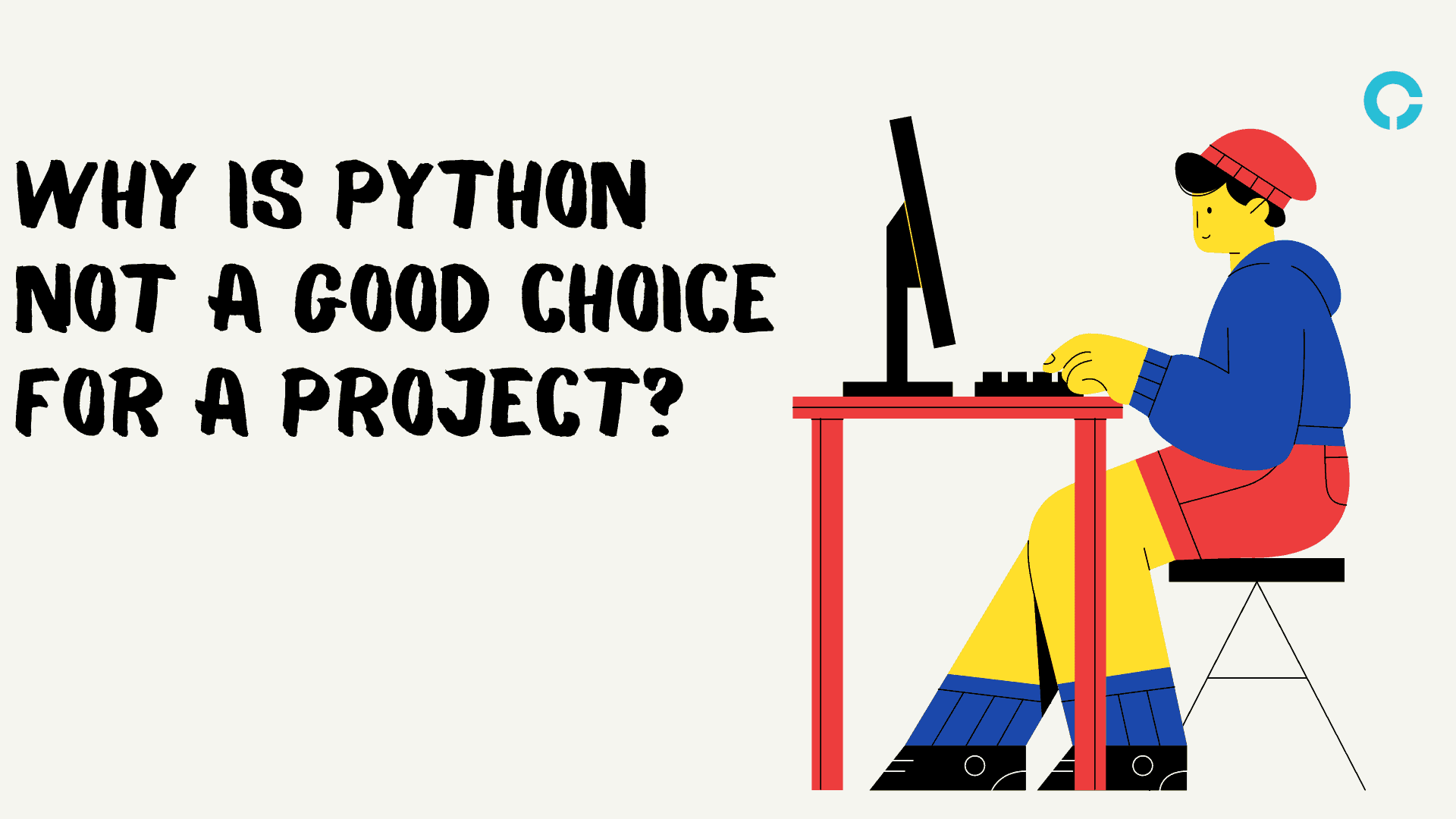 One of the most significant drawbacks to Python is its slowness in execution, issues when switching to a different language, weaknesses in the development of mobile apps and excessive memory consumption, and a lack of acceptance within the development industry for corporate purposes. Below are five reasons Python isn’t the best choice for big projects.

In This Article, “Why is Python not a good choice for a project?”

Before moving ahead, let’s know a bit about Python IDEs And Code Editors.

Python is significantly slower to run than other programming languages, such as Java, C++, PHP, JavaScript, Swift, and other languages. When creating large-scale applications that contain lots of lines of code, this is a primary concern for developers.

It’s not as connected in hardware to C and C++ because it is a high-level coding system. Instead of the compiler, Python code is executed through an interpreter, and the interpreter executes the code line-by-line and slows down the process.

Python is a dynamically typed programming system, and this means that it can perform various typical programming functions that static programming languages perform in runtime compilation.

There is no need to define variables’ data types when assigning variables to types that are dynamically generated. During execution, the variable’s format is allocated. This article can learn more about the difference between dynamically and statically typed languages.

Therefore, every time the variable is written, read, or mentioned, its type of data is confirmed and memory allocated accordingly.

3. Difficulty in Using Other Languages

If you’re a committed Python fan, you might be facing this issue. Pythonistas love Python because it is popular, well-known, and mighty. The main reason we love Python is that it is easy to use.

If you compare it with other programming languages such as C++ and Java, Python is straightforward to master. Python is closer to human languages, which is why we do not like specific different languages which are more connected to the hardware.

Python isn’t the most suitable option for workloads that require a lot of memory. The memory usage of Python is primarily due to the flexibility of data types.

If objects are no longer within their scope, Python performs automatic garbage collection. Python strives to eliminate a large portion of the complexity in variable memory requirements that applications such as C or C++ require due to this function.

However, managing dynamic memory in large and long-running Python systems can be a challenge.

5. Not commonly used within the Business Development Sector

Python is a powerful programming language that has no worries for programmers and has caused quite a buzz in the market for large-scale web development. Despite its iniquitousness, Python has yet to be able to penetrate the corporate development market.

One of the primary reasons for this may be Python’s restrictions on database access. Compared with critical technologies like JDBC and ODBC and ODBC, Python’s database access layer is considered relatively primitive and untrained.

Therefore, it is seldom used in businesses that require seamless integration of detailed historical data.

1 thought on “Why is Python not a good choice for a project?”